We're working on some major improvements to Strong for Apple Watch.

In order to optimise reliability, we have been working on separating the sync component of Strong for Apple Watch from the iPhone app.

Strong for Apple Watch will be able to sync with Strong Cloud directly and no longer be dependent on the iPhone app for cloud sync. 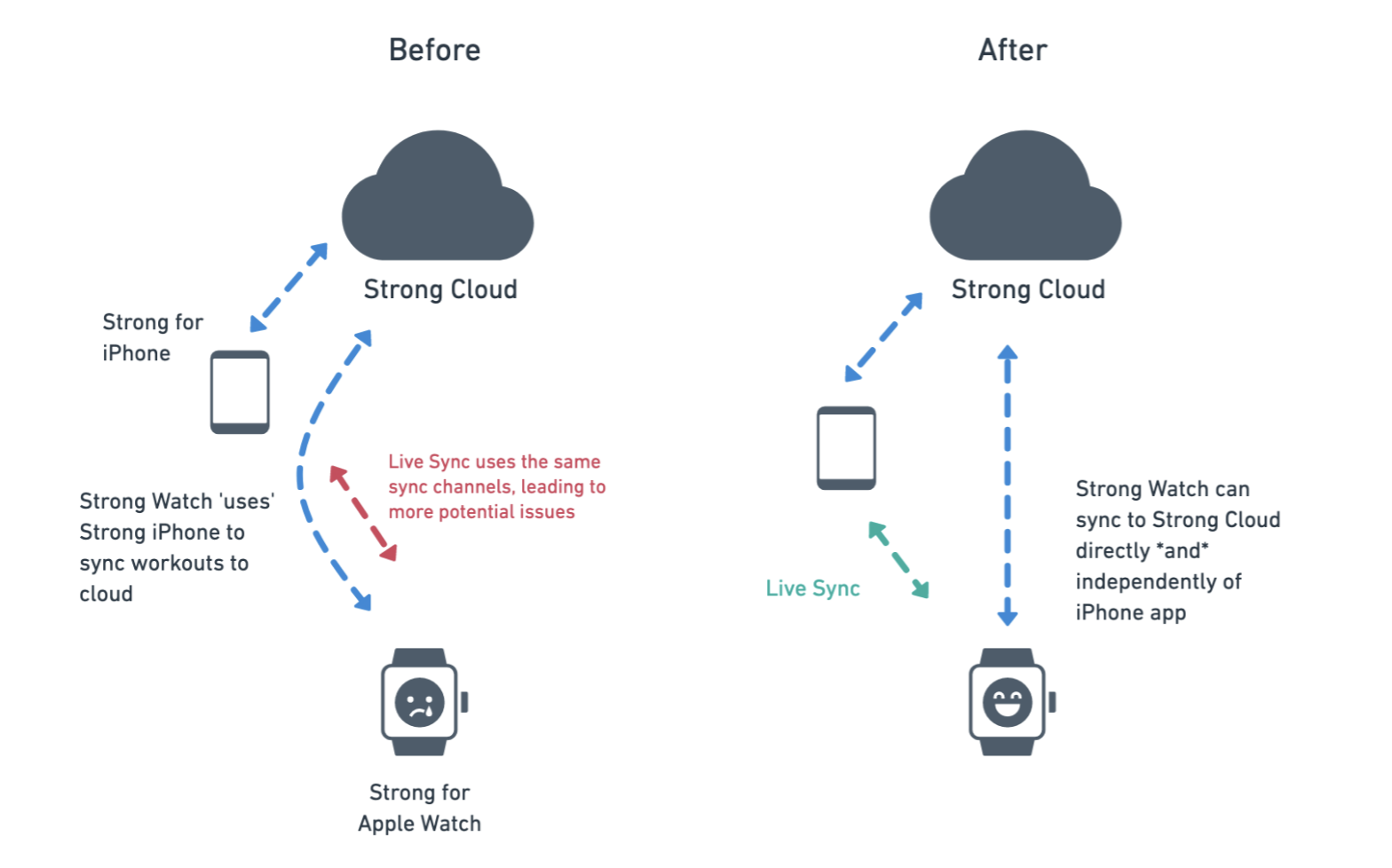 This will resolve many long term issues with sync and also improve performance and response time of Live Sync.

As well as improving core sync stability, including Live Sync performance and reliability, this will also allow us to build an Independent Watch App.

We have also been unifying the core Strong Cloud code across both Strong for iPhone and Strong for Apple Watch. This will accelerate development, and allow us to track down bugs more easily.

This will remove the need to set up/pair the watch app with the iPhone app.

This is a highly complex operation and we are unable to comment on timeline for this (or other Strong features).

This is our main focus and is an almost complete overhaul of the existing sync solution, including database and UI changes, and we need time to get it right.

Please note that in order to improve performance and reliability, the upcoming version of Strong for Apple Watch will only support watchOS 7 ready devices (Apple Watch Series 3 and later).

Did this answer your question? Thanks for the insight! There was a problem submitting your feedback. Please try again later.
Last updated on February 10, 2021